By Michael A. Thiac

Cops are pulling back and yes, “women and minorities” will be "hardest hit." 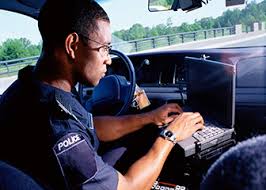 I recently read an article on the results of the “reforms” of the Chicago Police Department from the Obama “Just-Us" Department and the American Criminal Lovers Union.  And the results:

“CHICAGO — A study of the Chicago Police Department's stop-and-frisk procedures released Friday revealed a dramatic decrease in the number of stops since an American Civil Liberties Union of Illinois lawsuit, but found that officers were still targeting racial minorities.

The report by former U.S. Magistrate Judge Arlander Keys, the first one issued under an agreement the city reached with the ACLU in 2015, was not surprising to ACLU officials. The organization expected the decrease because of changes in the law and a deal the organization reached with the department that requires officers to fill out more detailed reports of stops than they once did.

Let's look at those numbers.  Assume 650,000 investigatory stops per year, you've now dropped to around 110,000 per year now. One fifth of the previous numbers. What are the results?:

You read that right, murder increased 50% in one year.

Not to be outdone, Los Angeles CA:

Police arrests are plummeting across California, fueling alarm and questions

In 2013, something changed on the streets of Los Angeles.

The statewide numbers are just as striking: Police recorded the lowest number of arrests in nearly 50 years, according to the California attorney general’s office, with about 1.1 million arrests in 2015 compared with 1.5 million in 2006.

It is unclear why officers are making fewer arrests. Some in law enforcement cite diminished manpower and changes in deployment strategies. Others say officers have lost motivation in the face of increased scrutiny — from the public as well as their supervisors.

…In Los Angeles, the drop in arrests comes amid a persistent increase in crime, which began in 2014. LAPD Chief Charlie Beck noted that arrests for the most serious crimes have risen along with the numbers of those offenses, while the decrease comes largely from narcotics arrests...

The arrest data include both felonies and misdemeanors — crimes ranging from homicide to disorderly conduct. From 2010 to 2015, felony arrests made by Los Angeles police officers were down 29% and misdemeanor arrests were down 32%.

…“Those are dramatic numbers that definitely demand scrutiny and explanation,” said Los Angeles City Councilman Mike Bonin, who sits on the Public Safety Committee and represents the Westside. “If crime was dramatically down, I wouldn’t have a problem with arrests going down. But if crime is going up, I want to see arrests going up…”

Mr. Bonin, you are a supergenius, to steal the term from Wile E. Coyote.  Let me explain something to you:

Effective law enforcement is, by its nature, proactive.  Cops have to go out, meet people, observe the actions on the street, know the “usual suspects” who commit most of the crime, terrorizing the people of these, mainly, minority communities.  They need to concentrate their efforts on the relatively few people who do commit the crime.  And once these criminals are put in jail, guess what?  Well, while they are in jail, they cannot rob or murder the people on the street trying to go on with their lives.  The fewer the people who are victims of crime, the lower the crime rate is.

A patrolman, seeing a known narcotics seller in areas known for narcotics, will watch him and if he makes suspicious actions (i.e. appears to conduct a drug sale), the officer initiates a stop.  As part of the stop, he can conduct a quick pat down of the suspect for safety.  He feels a knife or gun in this pocket, he handcuffs the suspect so he cannot get to the weapon and pulls out a pistol.  He now has a known felon in possession of a firearm, he is arrested for that, his parole for his last offense is violated and he is taken off the streets.

The results not noted is that when this man is stopped and put away, he did not go to meet a fellow gang member and the group of them see members of a rival gang with the wrong colors, and have a shootout where five people are dead. That is what proactive policing does for the people in a community.

But something has happened on the way to more murders and mayhem.  The Eric Holder/Loretta Lynch Justice Departments, in coordination with radical groups like Black Lives Matter and the ACLU, have made the police the targets of lawsuits, interference, harassment and other efforts to stop enforcement of the law.  It climaxed with the railroading of six officers from Baltimore Police Department after the death of Freddie Gray.

The results:  In many communities, cops are withdrawing to their safe space and going to fireman mode.  Fire trucks do not patrol the street, looking for a fire. They are at their stations waiting until a call comes in.  Effective policing, cannot act like that.  In order to prevent crime, a cop must scan the streets looking for the proverbial “smoke.”

We, for the moment, (can’t say what 2020 will bring) have an administration and an attorney general supportive of law enforcement.  However, cops are not trusting by their nature, and after seeing officers being lynched for doing their jobs, will not stick their necks out immediately.  Besides their own lives, they have families to worry about, finances, reputations.  Darren Wilson did nothing wrong when he shot Michael Brown, yet he is the one who lost his job and is basically in hiding.  Brown’s family is suing Wilson and Ferguson for a fortune.  So until cops think they can police without being targeted for a political lynching, crime will go up, and the people hardest hit will be “women and minorities.”

Michael A. Thiac is a police patrol sergeant, a retired Army intelligence officer and has a great RN wife who helps edit his primitive English. When not patrolling the streets, he can be found on A Cop’s Watch.