Damaging Leaks Continue out of the U.S. Intelligence Community

The level of displeasure has reached the Prime Minister with PM Theresa May saying she will raise the issue with President Trump directly, telling him "that intelligence that is shared between our law enforcement agencies and intelligence organizations must remain secure. 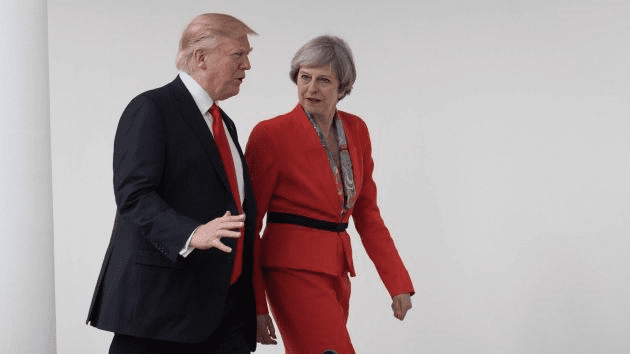 Leaks continue out of the U.S. Intelligence Community and are now beginning to be detrimental and damaging to both operations and with U.S. and allied nations relations.

Apparently, classified intelligence information pertaining to the Manchester, UK bombing attack that was shared by British intelligence authorities with the CIA, subsequently leaked to and provided to The New York Times.  In turn, the NYT published the classified information which included photographs of bomb fragments from the device used by suicide bomber Salman Abedi at the Manchester concert.  Abedi’s name was also provided to the U.S. intelligence community and asked by the Brits to be keep quiet and not released.

The leaks occurred yesterday are in addition to others in a series of classified leaks from American intelligence authorities, which have now led Britain to stop sharing intelligence related to the Manchester attack and perhaps other counterterror operations being worked jointly with the United States. British counterterrorism authorities told the White House and their Intelligence Community official that they’ve halted the flow of intelligence to their American counterparts “until such time as they have assurances and feel confident that no further unauthorized disclosures of classified information will occur.

In recent months, British authorities have been unusually outspoken over their anger and distrust at the number of U.S. leaks, with UK Home Secretary Amber Rudd calling them “irritating.” Further, the level of displeasure has reached the Prime Minister with PM Theresa May saying she will raise the issue with President Trump directly, telling him “that intelligence that is shared between our law enforcement agencies and intelligence organizations must remain secure.

It is more than obvious, that the leaks are part of the damaging agenda and strategy of the Deep State operatives and political holder-overs imbedded within the Intelligence Community. The intent and purpose of which is to both put the blame of the leaks on, and to embarrass President Trump in an effort to delegitimize and destroy his presidency by damaging his ability, leadership, and effectiveness as President. Which of course, would be to give the anti-Trump members of Congress to be used further evidence and justification for their ongoing effort and strategy to impeachment and removal of President — albeit under false pretenses.

Colonel Jim Waurishuk, USAF (Ret.)
Jim Waurishuk is a retired USAF Colonel, serving nearly 30-years as a career senior intelligence and political-military affairs officer and special mission intelligence officer with expertise in strategic intelligence, international strategic studies and policy, and asymmetric warfare. He served combat and combat-support tours in Grenada, Panama, Iraq, and Afghanistan, as well as on numerous special operations and special mission intelligence contingencies in Central America, Eastern Europe, the Middle East, Central Asia and Africa. He served as a special mission intelligence officer assigned to multiple Joint Special Operations units, and with the CIA’s Asymmetric Warfare Task Force, as well as in international and foreign advisory positions. He served as Deputy Director for Intelligence for U.S. Central Command (USCENTCOM) during the peak years of the wars in Afghanistan, Iraq, and the Global War on Terrorism. He is a former White House National Security Council staffer and a former Distinguished Senior Fellow with the Atlantic Council, Washington, D.C. He currently provides advisory and consulting services on national security, international strategic policy and strategy matters for the private sector, media groups and outlets, and to political entities, forums, and political candidates. He provides regular commentary and opinion to national and local TV, radio networks, and both print and online publications, as well as speaking engagements to business, political, civic and private community groups in the areas of national security -- focusing international strategic policy, strategic engagement, strategic intelligence, special mission intelligence and operations, counter-terrorism, and asymmetric conflict. He has served as a senior advisor to the Commander U.S. Special Operations Command (USSOCOM), and is Vice President of the Special Ops-OPSEC, which provides strategic and operational security analysis and assessments, and strategic planning to governmental and private entities, as well as media organizations on national security issues, policy, and processes.
Jim also currently serves as the State Committeeman for the Hillsborough County Republican Executive Committee.  His opinions are his own and not necessarily those of the HCREC.
Do you like this post?
Tweet