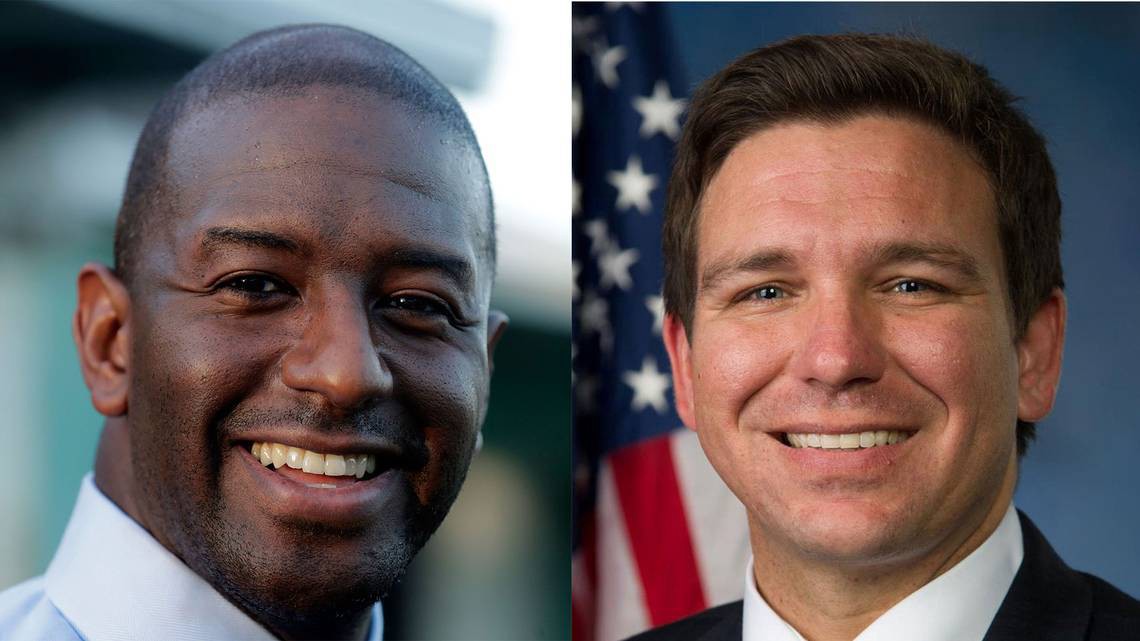 The general-election race for governor has barely started and supporters of Democrat gubernatorial nominee Andrew Gillum and their media puppets are already desperately trying to inject race into this election.

They must not use Google. I certainly do.

So do millions of other Floridians who see through all of the silly games and insincere monkey business of the NAACP, St. Petersburg Mayor Rick Kriseman and monkey-see, monkey-do ‘journalists’ who apparently don’t understand how to use dictionaries or even a thesaurus.

They’d all rather lure voters into their cynical monkey house of identity politics instead of debating real ideas that can actually solve problems rather than creating more of them.

The socialist progressives who have overthrown the once-proud party of Roosevelt and Kennedy only want to toss a monkey wrench into the November elections.

For Democrats, if they can win, it means more fun than a barrel of monkeys by doing what they do best: spending other people’s money until Florida goes bankrupt.

Putting a very liberal Democrat embraced by socialist Bernie Sanders into the governor’s mansion will only become a monkey on the backs of Florida’s taxpayers. These liberal plans are pretty much the same nationally too.

Go ahead. Use Google to search different combinations of monkey, slang and different phrase variations.

At definitions.net, ‘monkey up’ can mean ‘Screw Up’ or ‘To screw something up. To do the job poorly.’

When Republican gubernatorial nominee Ron DeSantis warned Floridians this week not to ‘monkey this up’ by electing Democrat Gillum, it wasn’t racist at all.

“Ron DeSantis was obviously talking about Florida not making the wrong decision to embrace the socialist policies that Andrew Gillum espouses. To characterize it as anything else is absurd.”

In fact, it was a sincere and reasonable warning: don’t screw things up by electing a socialist progressive.

DeSantis is trying to warn millions of hard-working Floridians that Gillum will raise taxes, screw up the state’s economy, and screw up our health insurance system even more — and all while depressing wages by diluting the labor pool with millions more illegal immigrants.

In other words, don’t monkey around with Florida’s future.

Mike Kersmarki is a former business journalist now living in Tampa who worked on the Communications Teams for the 2012 Republican National Convention and the 2008 McCain Presidential campaign. Currently, he is researching a domestic policy book: “Worker’s Party: How Republicans Can Help ALL Americans Achieve Their Full Economic Potential.”