Impact of a Governor Gillum Coupled with the

Hillsborough Funded for Tampa Transportation Tax on the County 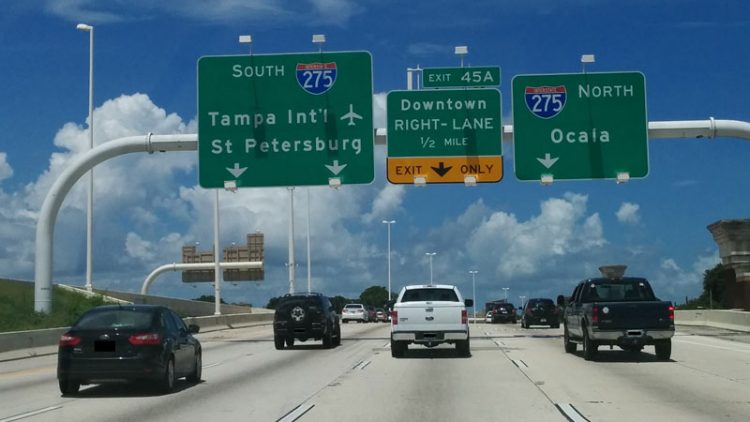 If Democrat Andrew Gillum is elected governor of Florida, he plans to hurt the state’s economy with at least one billion dollars of taxes on large businesses.  That’s just for starters…that said…

Can a state income tax really be that far behind if Gillum and his Tallahassee cronies sit in the governor’s mansion? As we all know, Socialist Democrats just LOVE to spend other people’s money.

And they’ll keep spending and raising taxes and issuing more useless, cumbersome regulations until the fattened herd of business and millionaire cash cows stampede to other states.

The ultimate goal of Leftist Democrats is to transform Florida and Hillsborough County into the southern version of Taxachusetts and Socialistafornia.

It could become even be worse for the Sunshine State if Liberal Democrats win one or both houses of Congress.

But if Gillum, the mayor of high-crime, high-tax, high-corruption Tallahassee, wants to pick our pockets, he’ll have to get in line in Hillsborough County.

That’s because many of our so-called community and business leaders want to tax the living crap out of the citizens of Hillsborough County.

They want us to pay for:

If local sales taxes are increased by one cent to pay for a transportation boondoggle lasting 30 years and Hillsborough public schools get another half penny, the county’s sales tax would be the highest in the state at 8.5 percent.

Let me say that again. Hillsborough County would have the HIGHEST sales tax in the state.

And that doesn’t even include the inevitable fare subsides that local taxpayers will also have to pay for out of the county’s budget. That probably will mean cuts elsewhere, and the radical leftist Democrats usually like to cut law enforcement first.

The real irony here is that the higher-income, fancy-educated elites who are pushing local voters to pass both sales-tax measures will likely end up shopping outside of the county to avoid paying higher sales taxes.

What do you think they are, stupid?

Oh, by the way, Hillsborough taxpayers also will keep paying for Raymond James Stadium well into the next decade.

The billionaire Glazers boys must still be getting a chuckle over that one. The greedy Glazer gluttons continue to field a miserable ‘professional’ football team as they transfer tens and even hundreds of millions of dollars out of the region to pay for the British form of football, the Manchester United soccer team.

I guess our piggish leaders have become jealous of the Glazers and desperately want to feed at the public trough too.

Ultimately, Tampa Bay Lightning Owner Jeff Vinik and his millionaire business pals want to line their pockets by riding on the backs of middle-class taxpayers who would eventually pay billions of dollars.

Another irony is that the local media keeps trying to tell us that the proposed transportation sales tax is supposedly a 'grassroots' campaign. Yet, it’s overwhelmingly funded by Vinik and his greedy cronies.

Certainly, the Vinik gang must be having a good laugh over how gullible the local electorate is to fall for a double whammy in sales tax increases, paying for a nearly $1 billion dollar baseball stadium, the inevitable growth in fare subsidies for DECADES to come even as they’re still paying for Raymond James Stadium and the worst show on Earth.

It defies belief that because Hillsborough Schools have grossly mismanaged taxpayer money already, that the solution is to give them even more money before solving the leadership problems that put them in this position in the first place.

If the Gillum and Vinik gangs get there way, it’s not just a matter of opening up your wallets more.

You might as well just hand over your wallets altogether. God help Florida!