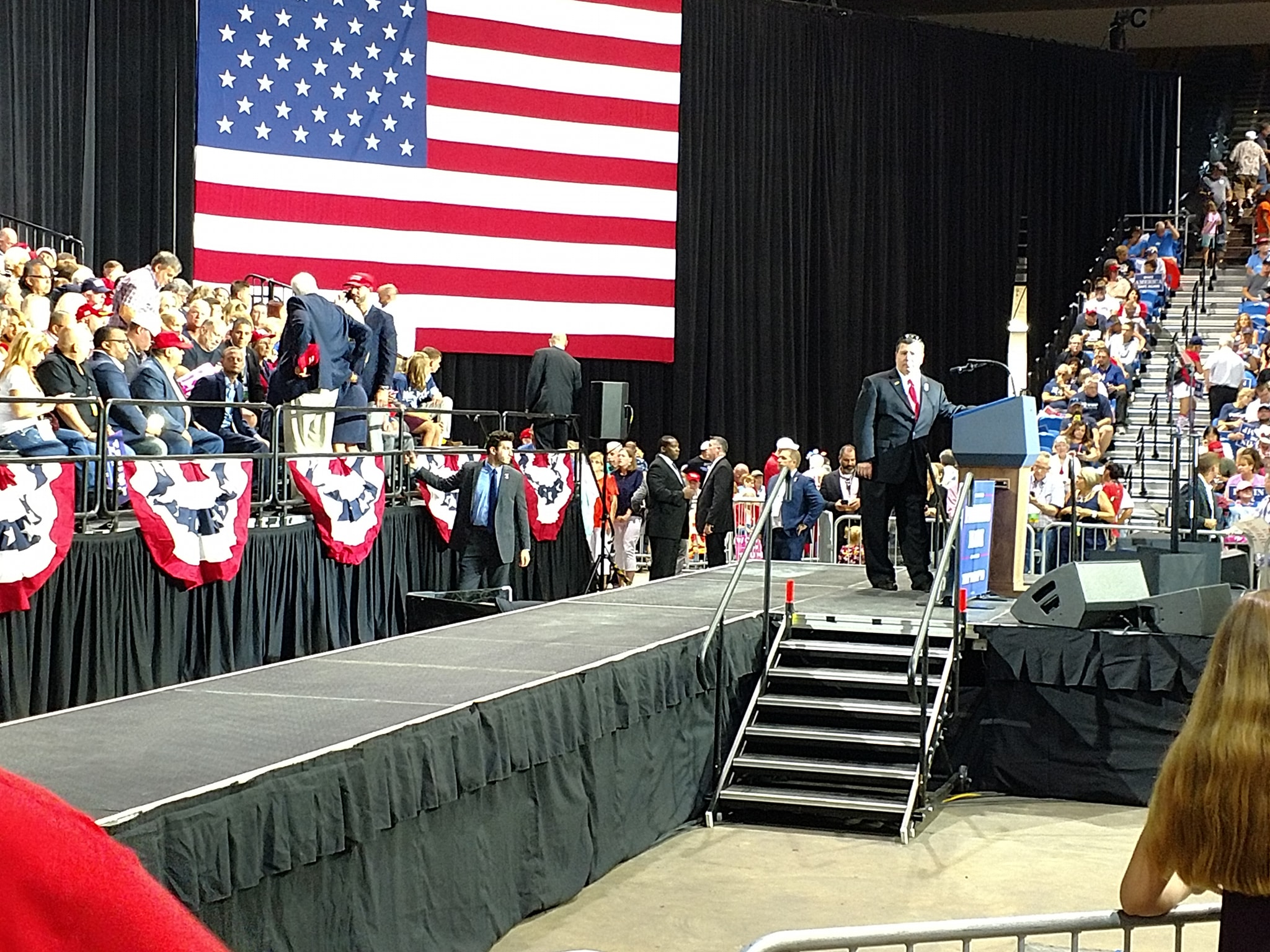 President Trump’s recent hugely successful rally at the Fairgrounds, like any such event, needed a lot of work behind the scenes.

But one of those volunteers stands out more than any other.

Jim Waurishuk, Chairman of Hillsborough County’s Republican Party, used his connections within the Trump White House to convince the presidential staffer that Tampa was indeed the location for both the vocational education bill signing and the follow up Rally.

He persuaded officials working for POTUS to transform a small bill-signing ceremony at Tampa Bay Technical High School into a rally for more than 10,000 enthusiastic Trump supporters at the nearby Florida State Fairgrounds. 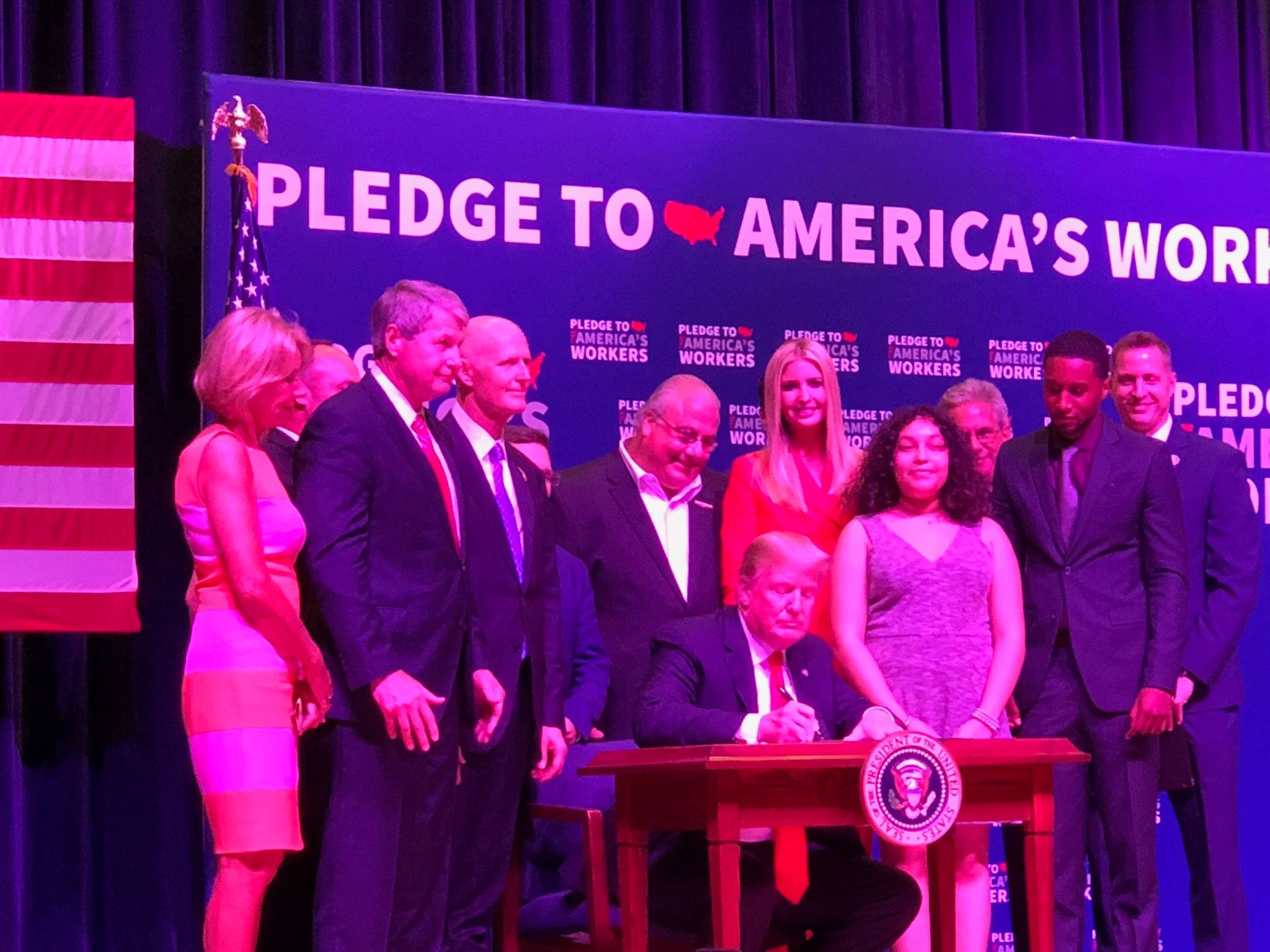 Now, the retired U.S. Air Force Colonel wants to leverage that excitement – along with his political influence in Washington – to organize an army of local volunteers. 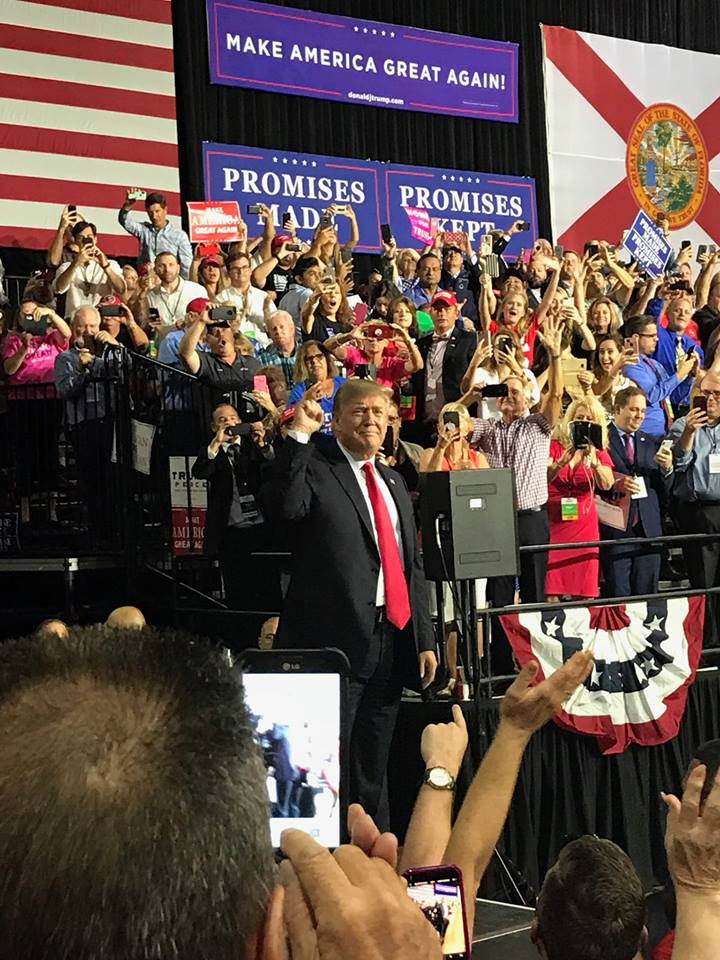 He hopes the rally – along with other efforts – can inspire thousands of voters who embrace the President’s agenda to volunteer and help Republican candidates this November. 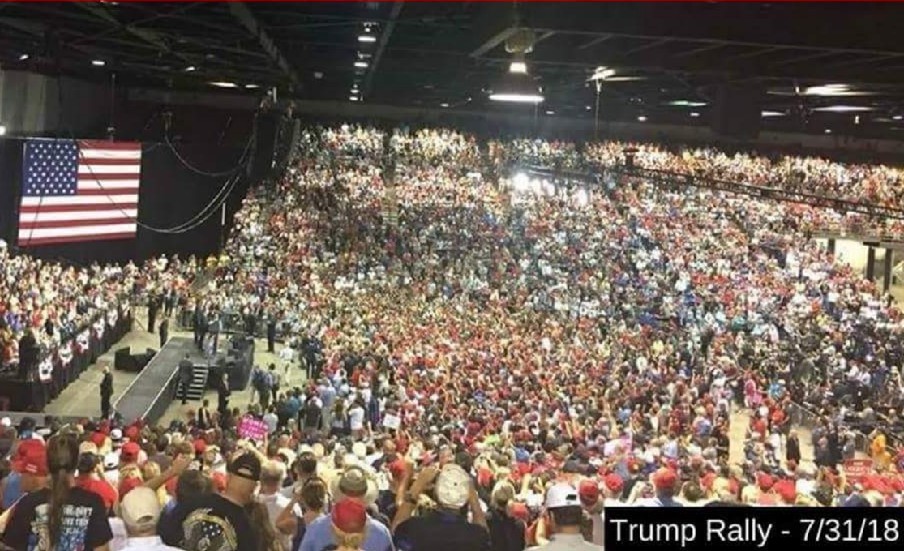 And its leader in Hillsborough County is Col. Jim, the first retired senior military officer in Florida to formally endorse Donald Trump in 2016.

The highly decorated former intelligence officer later advised the campaign on national security issues. He also was one of three keynote speakers to about 14,000 cheering Trump supporters at a major campaign rally at the University of South Florida’s Sun Dome in 2016.

“Jim’s support is so important to me and with his help we will win Florida and Make America Great Again,” Trump said in a press release after the Sun Dome rally.

Bringing a major Trump rally to Tampa has been one of Col. Jim’s key goals since his election in 2018 as Chairman of the Hillsborough County Republican Executive Committee. His political gravitas also is helping him to build a coalition of Trump supporters across Florida.

Now, he hopes to parlay this prominence to make more of a connection with local voters who usually don’t spend time helping to turn out the vote.

Col. Jim needs a Trump Army to help walk hundreds of neighborhoods, make thousands of calls and perform countless other tasks so critical to winning elections.

The GOP chairman hopes that local enthusiasm for President Trump’s agenda will generate more volunteers than ever before to help a local mid-term election.

“Getting enough volunteers is critical to elect Republicans this fall and boost the Trump agenda heading into the 2020 Presidential Year,” Col. Waurishuk. “We want YOU for Trump’s Army!”

Florida, the all-important I-4 corridor and Tampa are critically important to electing Republicans in this fall’s mid-term elections. Success this November could be a springboard for Florida to re-elect President Trump in 2020.

So, Col. Jim saw an opportunity for a much bigger event after the White House Office of Political Affairs first approached him this spring for recommendations to pick a small venue to host a few hundred people.

The President wanted to travel to Florida in late July to sign the “Strengthening Career and Technical Education for the 21st Century Act,” also known as the Perkins Act.

The OPA said Orange County was being considered. This prompted Col. Jim and Guyann Bracken-Fay, the executive director of the county’s Republican Executive Committee, to offer up Hillsborough County. The White House quickly approved their proposal to sign the Perkins Act at Tampa Bay Technical High School.

But Col. Jim saw much greater potential. And since the high school was near the fairgrounds, he offered up his idea for a Presidential rally at the nearby Florida Fairgrounds.

But now that there was a much larger rally, there was that much more behind-the-scenes coordination with the White House, the Secret Service, and various White House Advance teams and staff.

It led to excitement too. Col. Jim and seven other local Republicans drove some of the vehicles in the Presidential Motorcade after Air Force One landed at Tampa International Airport. 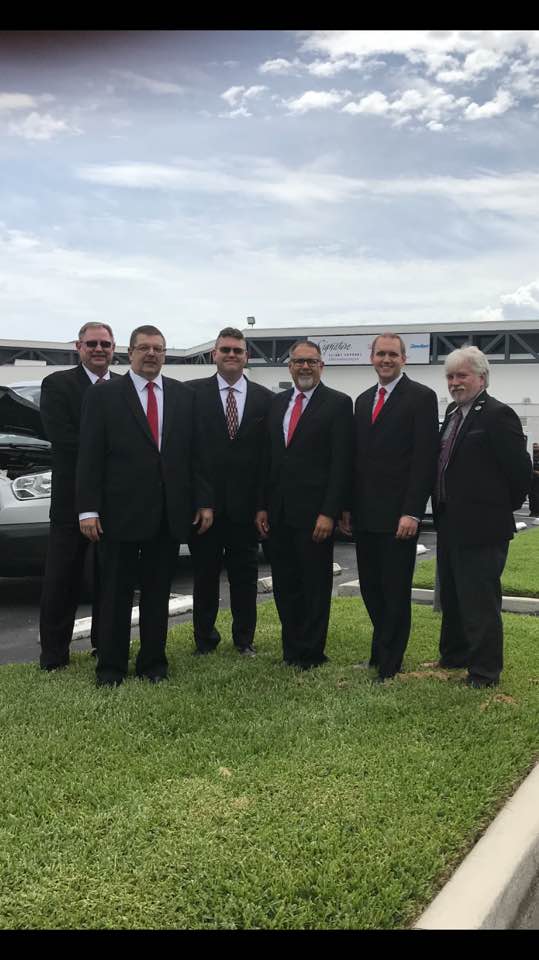 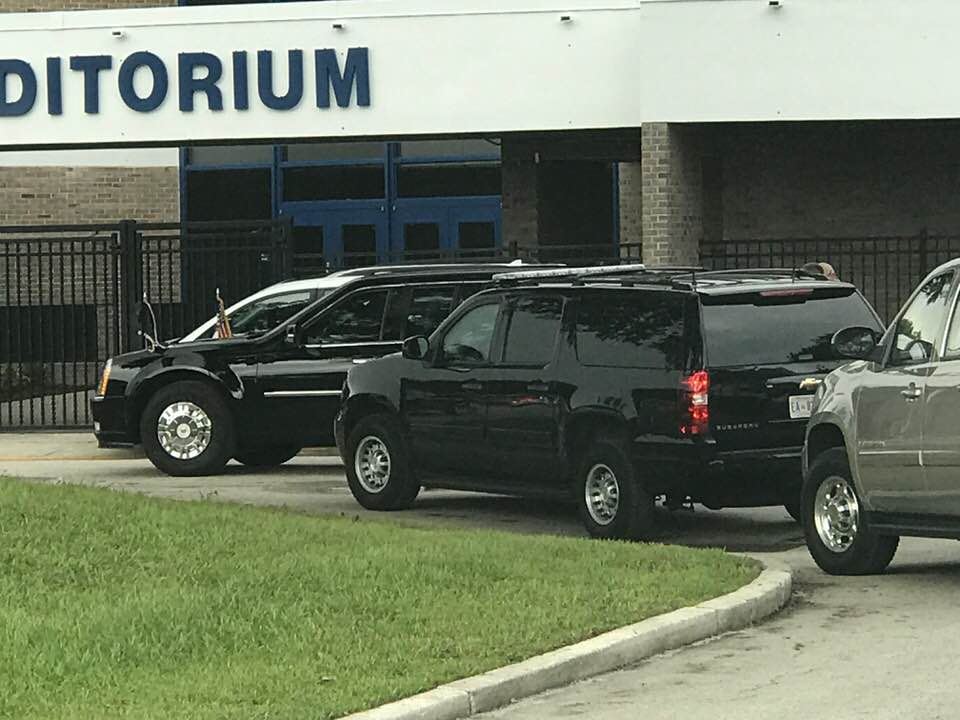 They transported VIP guests, Presidential support staff and the White House press corps to Tampa Bay Tech, the fairgrounds and back to the airport.  The White House advance team had nothing but praise for the volunteer drivers for their courtesy and professionalism.

The afternoon kicked off with President Trump signing the education bill at Tampa Bay Tech. Among those attending were Gov. Rick Scott, Sec. of Education Betsy DeVos, Ivanka Trump and Congressmen Gus Bilirakis and Matt Gaetz.

“More than 11 million students and workers will have greater access to better training and more jobs,” said President Trump, calling the bill “a present to Tampa Bay Technical High School.”

Later that evening, more than 10,000 pumped-up, excited, jubilant, red-blooded Americans let their patriotism and support for President Trump be heard inside Expo Hall at the fairgrounds. Some dedicated Trump supporters had started lining up at about 11 p.m. the night before.

Col. Jim opened the fairgrounds rally and was the pre-event’s emcee.

Prior to the main event, Pastor JJ Johnson of South Tampa Fellowship Church opened the event in prayer.

The audience’s roaring response to President Trump’s speech was unreservedly supportive with loud cheering and constant clapping throughout the evening. Gubernatorial Candidate Ron DeSantis was eagerly accepted by the cheering crowd as he cast his vision for a continuing prosperous Florida.

The President’s trip to Hillsborough County energized and boosted the confidence of the Republicans and Trump supporters of Hillsborough.

President Trump’s speech inspired the base, built the confidence of the faithful despite the media’s fake news and started the process for a victorious 2020 Presidential election.

The bill signing at Tampa Bay Tech also showed the President’s concern for education and at the same time revealed the practical implementations of policies that will benefit millions of Americans.

The President’s remarks resonated with the students and parents giving compelling reasons for pursuing a technical education. 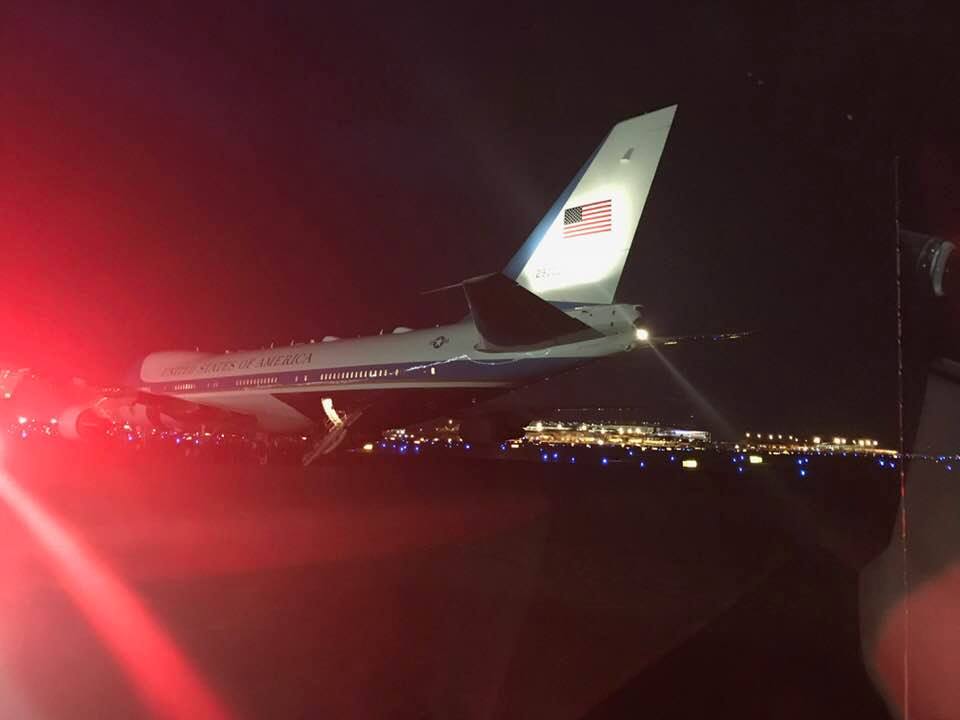 E-MAIL to Everyone You Know