Veterans Lean Forward in the Wake of Hurricane Michael

In Florida we know all too well that hurricanes have consequences which create hardship, destruction, injury and death.

Of course, as Democrats know all too well, it’s critically important that you should never let a crisis go to waste -- always look for the political opportunity to capitalize on someone potentially bad luck.  So with the quick development of Hurricane Michael, Florida Democrats are now fundraising off their lawsuit which they filed to extend the voter registration deadline, because of the imminent hurricane. "Donate now if you support our lawsuit," reads the email that was blasted out over the last several days.

The RPOF Chairman said; "It is absolutely reprehensible that the Florida Democrats would play political games on the eve of a potentially devastating hurricane, and waste taxpayer money by filing this lawsuit. Governor Scott's administration has already issued an order to keep voter registration open an extra day to accept paper registrations in the areas affected by the storm. Only an organization that is playing politics with people's lives would ask for voter registration to be extended by a full week in this state’s most densely populated Democrat areas, almost nine hours and a time zone away. The Republican Party of Florida calls on Andrew Gillum and Bill Nelson to condemn this lawsuit and call it what it is...crony politics."

Following with the statement on Twitter saying; “If the @FlaDems had any shred of decency they would stop fundraising off a Cat 3 storm and donate whatever was raised so far to the @RedCross!”

In contrast, Republican Gubernatorial candidate and Navy Veteran Ron DeSantis gathered with fellow Veterans in Tampa today to do what Veterans in time of crisis to garner their efforts and put forth a helping hand to our fellow Americans who are in harm’s way.  As a career Veteran, it what we do, be it in war, as well as peace, in disaster, or turmoil.  We always lookout for those who need help and can’t help themselves.  We don’t need a reason or be told to seek the opportunity to help, its internal, it’s intrinsic, it’s part of a common bond among warriors and veterans took the opportunity to help and assist Florid citizens who will be in likely be in need as and after the hurricane hits. 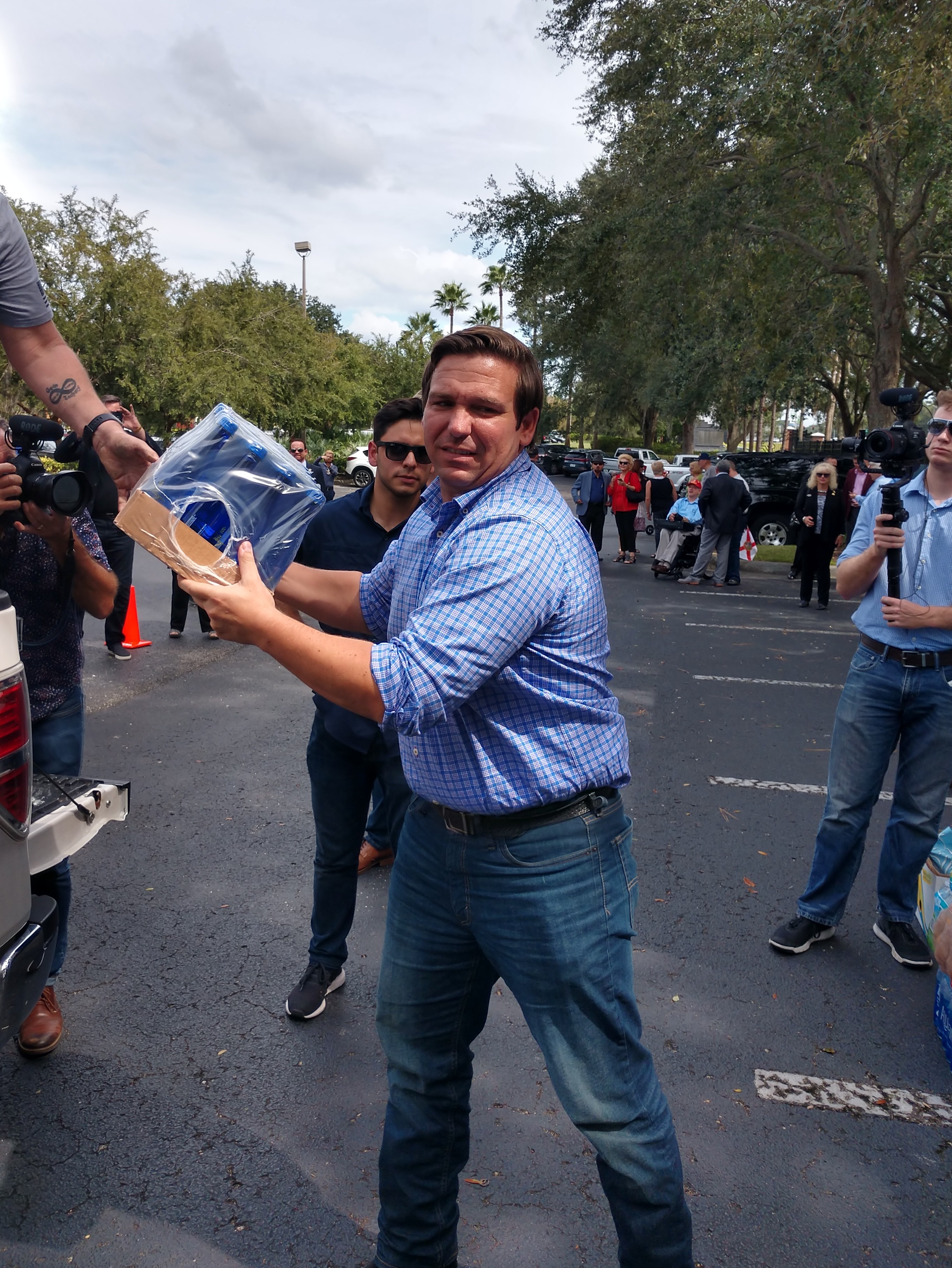 Bringing in veterans to assist in helping gather relief supplies from across the state, more than anything demonstrates leadership, foresight and governance to do the right thing. As veterans, we get it. Gold Star Dad, Kris Hager, who lost his son, a Marine in Afghanistan, who rolled up his sleeves today to help load supplies, said it best to onlookers, “… why we do what we do, is because it is out of love for those we protect.”

While Gillum is looking for and making up excuses for political benefit and to fund-raise off the hurricane, DeSantis rolled up his sleeves along with fellow veterans who know all about and all too well about what needs to be done.  Those of us who have served automatically understand the need to help protect our fellow Americans, our fellow Floridians.  It's what they do.  The relief supplies gather across points in Florida by veterans and supporters will make their way to those in need in the area of Florida that faces the consequences of Hurricane Michael.