As we wait for the evidence, is it likely Obama spied on Trump and his team? 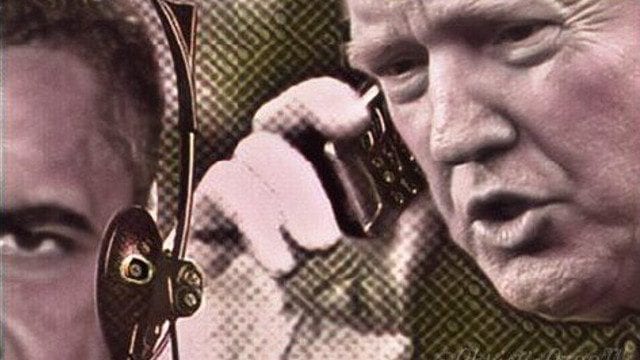 Documents to be released shortly will more than likely expose criminal spying by the Obama administration. Today will likely be the day the onus will be placed on the left-wing media, the Democrats, and their supporters and their ongoing false-narrative on the surveillance scandal and focus on Russian collusion, rather than the actions of the previous administration.

Additionally, it more than likely the Obama administration will be facing accusations along with substantiated proof pertaining to unauthorized and criminal improprieties, rather than President Trump and both his transition team, and now administration and presidency. Remember, when Donald Trump tweeted that President Barack Obama had wiretapped Trump Tower and Trump’s telephone lines, it was obviously clear what he meant. No rational person who read or heard about Trump’s tweets believed literally what he tweeted. If some envisioned that Obama intelligence or FBI agents snuck into Trump Tower in the dead of night, attached a wiretaps the phone lines and sat there for days in a van in a dark ally in mid-town Manhattan listening on headphones, you’re a fool. I might also point, that those that continue to believe that there was collusion between Mr. Trump and his associates and the Russians, too is also a fabricated distraction and disinformation campaign to justify why Hillary Clinton lost the November Election. Just as they manufactured and spun the fake story about the video being the impetus for the Benghazi attack, they did so to justify that she was cheated out of winning. And so, if you believe in the Russian -Trump collusion narrative, than you are an even bigger fool … how unfortunate.

The Deep State leftist dissemblers, the Democrat party spin-miesters, and mainstream media propaganda peddlers moved quickly to make it appear that’s precisely what Trump meant in order to make Mr. Trump appear deranged and out of touch for making such a claim. Even House Speaker Paul Ryan (corporatist NeverTrumpers), along with the FBI Director, James Comey and the Director of National Intelligence, James Clapper, said that no such wiretaps existed. Similarly, Democrats and Republicans insisted that Mr. Trump should apologize to Mr. Obama for making the accusatory charge. In so much as that will not haven, we can in fact anticipate, today could also likely be the day that President Trump is vindicated in his accusation that the Obama administration spied on him and his inner circle during the presidential transition period.

According to extremely reliable sources, the NSA will provide the House Intelligence Committee with what is now being called the potential “smoking gun” documentation proving the Obama administration spied on the Trump transition team, and as a result may have even surveilled and collected on the president-elect. Further, multiple sources stated that the intelligence information will show that the Obama administration “misused highly classified raw intelligence information” gained from legitimate surveillance of foreign targets as was a method to perhaps and ever so likely side-step the law in order to spy on the president-elect. That’s my own personal analysis.

Further, in so doing and using that methodology, it has allowed and provided for the capability, part of which was to find out what select members of the Trump transition team were doing in order to use that information against them. That effort was part of their scheme and their intention to further embarrass and delegitimize the Trump presidency from the very beginning. In a series of press conferences this week, House Intelligence Committee Chairman Devin Nunes said that after reading the reports he was confident the Obama administration “had a pretty good idea of what President-elect Trump was up to and what his transition team was up to and who they were meeting with” and talking to, with regard to foreign leaders and diplomats. Chairman Nunes would not rule out the possibility that Obama was personally involved in the surveillance. He further revealed that he had learned from intelligence sources that “on numerous occasions, the intelligence community incidentally collected information about U.S. citizens involved in the Trump transition.”

While incidental collect occurs during routine collection of foreign communications, it still needs to be determined if there was intentional, deliberate, or directed collection against the Trump transition team, and even during the early days of the Trump administration. With regard to the unmasking of American’s citizens names, unfortunately, in so doing, “unmasking” and or revealing the identity of those spied upon and then further disseminating and sharing those identities across the intelligence community, is Federal felony criminal offense. Even if the details about those unmasked “were widely disseminated in intelligence community reporting”, despite having little or no apparent foreign intelligence value. That is not the issue, nor is it a default reason to ignore it. The fact is Chairman Nunes confirmed that the names of Trump transition team members were unmasked, is an egregious violation of the law.

In addition, the forthcoming information will provide a paper-trail that without a doubt leaves no other plausible reason or purpose for the unmasking Trump’s people other than to damage the incoming Trump administration, as we have previously assessed and addressed. Chairman Devin Nunes, said this morning (Friday) that he expects the full extent of the suspected spying scandal by the Obama administration would be disclosed sometime later today, as well as early next week, and that he also expects that the NSA documentation would likely provide more intelligence than he and the Intelligence Committee has seen to date. At this time it is not clear if any of the information provided to the Intelligence Committee will be made public, but it will likely take Congressional investigators some time to examine the documents and determine their significance as it pertains to the investigation.

In the meantime, Chairman Nunes indicated that the separate investigation into Russian and Trump collusion has been cancelled, and that time will be now used to conduct  a ‘closed hearing’ to investigate the suspected surveillance and unmasking concerns, as a result of the additional increased significance and severity of the information involved, and to provide security to the names of Americans unmasked and revealed illegally by Obama administration officials. In turn, both the FBI Director James Comey and the NSA Director Adm. Mike Rogers would be called back in the coming days for the closed do hearings.  Let me add, from my perspective, Chairman Nunes has determined that to further investigate the collusion narrative, is a waste of time because it is in fact being driven by the Democrats fabricated fake news. This further indicates the seriousness and complexness of this scandal. Several analysts, including myself suggest this makes Watergate look like kindergarten.

At the same time, while the NSA has agreed to turn over more reports on the apparent spying by the Obama administration, the FBI is apparently stalling or stonewalling. Chairman Nunes said the FBI still has not agreed to his request to provide its intelligence reports on the Trump transition team. The NSA documentation to be delivered to the House Intelligence Committee sometime today will no doubt reportedly verify the information Chairman Nunes so far has revealed and will add to it. Analysis of the developing information more than likely appears to contradict the testimony before the House Intelligence Committee on Monday by the FBI Director and National Security Agency Director that they had no information to support President Trump’s claims that President Obama spied on him.

Chairman Nunes also said that the committee will try to find out who saw the classified information, why the reports were not reported to Congress, and who requested and authorized the unmasking of those who were surveilled. Perhaps of the greatest significance to former Obama administration officials, and Obama himself, is that the committee will also try to learn whether the intelligence community was ordered to spy on president-elect Trump. Finally, and quite compelling, when asked, Chairman Nunes said he could not rule out that President Obama ordered the spying. Nevertheless, the illegal and unauthorized (under the law) of the unmasking of the Trump team names and the widespread dissemination of those names across the Intelligence Community is certainly criminal in of itself.

If it is correct about everything that has been discovered, and I believe it is, this has suddenly become a much greater scandal than anything we might find in the Russia investigations. So much so that every American, of every political stripe, should be very worried about what is happening here. As I previously stressed in my previous article, this is a scandal on a massive level, and the potential for a Constitutional crisis in the making.

Colonel Jim Waurishuk
Jim Waurishuk is a retired USAF Colonel, serving nearly 30-years as a career senior intelligence and political-military affairs officer and special mission intelligence with expertise in strategic intelligence, international strategic studies and policy, and asymmetric warfare. He served combat and combat-support tours in Grenada, Panama, Iraq, and Afghanistan, as well as on numerous special operations and special mission intelligence contingencies in Central America, Eastern Europe, the Middle East, and Africa. He served as a special mission intelligence officer assigned to multiple Joint Special Operations units, and with the CIA’s Asymmetric Warfare Task Force and international advisory positions. He served as Deputy Director for Intelligence for U.S. Central Command (USCENTCOM) during the peak years of the wars in Afghanistan, Iraq, and the Global War on Terrorism. He is a former White House National Security Council staffer and a former Distinguished Senior Fellow with the Atlantic Council, Washington, D.C. He currently provides advisory and consulting services on national security matters in the private sector, media groups and outlets, and to political entities, forums, and candidates. He provides regular commentary and opinion to national and local TV, radio networks and publications, as well as speaking engagements to business, political, community, and private community groups in the areas of national security focusing international strategic policy, strategic engagement, strategic intelligence, special mission intelligence and operations, counter-terrorism, and asymmetric conflict.
Jim Waurishuk is also the State Committeeman for the Hillsborough County FL Republican Party
Do you like this post?
Tweet