Begin mailing out Vote By Mail ballots on September 24, and voted ballots must be in SOE Office by 7 p.m. on November 3.

President of the United States

Vice President of the United States

***Only Republican Candidates or those appointed by Republicans are Listed ***

Shall Justice Carlos G. Muniz of the Supreme Court be retained in office? 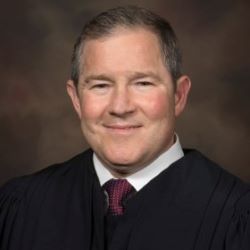 Shall Judge Drew Atkinson of the 2nd District Court of Appeal be retained in office? 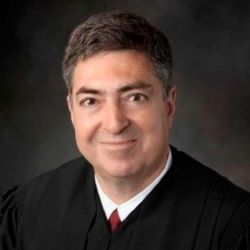 Shall Judge Morris Silberman of the Second District court of Appeal be retained in office? 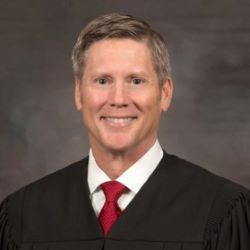 Shall Judge Daniel H. Sleet of the Second District Court of Appeal be retained in office?

Shall Judge Andrea Teves Smith of the Second District Court of Appeal be retained in office?

The Republican Party of Hillsborough Recommends:

Details: Proposed by citizen initiative and entitled Citizenship Required to Vote in Florida Elections, which provides that only United States Citizens who are at least eighteen years of age, a permanent resident of Florida, and registered to vote, shall be qualified to vote in a Florida election properly clarifies that voter eligibility in Florida should be reserved only to citizens of these United States.

Title: All Voters Vote in Primary Elections for State Legislature, Governor, and Cabinet

Details: Proposed by joint resolution of the Florida Legislature and entitled Voter Approval of Constitutional Amendments, which requires all proposed amendments or revisions to the state constitution to be approved by the voters in two elections, instead of one, in order to take effect, will safeguard our Constitution and help prevent outside special interests from imposing unnecessary, costly, and harmful policies on Floridians.

Details: Proposed by joint resolution of the Florida Legislature and entitled Limitation on Homestead Assessments, which increases from 2 to 3 years, the period of time during which accrued Save-Our-Homes benefits may be transferred to a new homestead, will expand tax relief for homeowners.

Details: Proposed by joint resolution of the Florida Legislature and entitled Ad Valorem Tax Discount for Spouses of Certain Deceased Veterans Who Had Permanent, Combat-Related Disabilities, which carries over the homestead property tax discount for certain veterans with permanent combat-related disabilities to their surviving spouse holding legal or beneficial title to, and permanently residing on, the homestead property, until he or she remarries or sells or otherwise disposes of the property, will reduce the tax burden for surviving spouses.

Want to help? Click HERE or contact the Hillsborough Republican Headquarters at 813.621.7909 or email us at admin@hillsborough.gop

You can DONATE NOW to support more initiatives going forward!

All material on this page and HCRP PDF download link may be used by any Republican or Conservative at their discretion including sharing this information, Printing, Email, re-posting on Social Media or Web Sites. The material while free to use may NOT be altered in any way including; deletions, additions, or other changes or modifications of any kind. This information must be shared "as-is."