WHY AMERICA IS EXCEPTIONAL 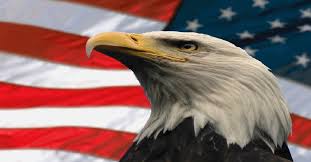 The United States is the most dynamic and powerful nation in world history.  No major issue of global peace or stability can be resolved without involvement by the United States.  This state of affairs did not occur by accident.  It is testimony of the exceptional nature of this land and its people.

To be an American is to be different from other nationalities. From colonial times through the present day, Americans have believed they were taking part in a journey that only this nation can fulfill.  It is a call to exemplary leadership and service on the world stage.  The world is always looking for a way to escape tyranny, and the American example of self-governance has provided the answer.

As much as Oliver Stone, George Soros, Vladimir Putin, and even our own past president may malign it, thankfully, belief in American exceptionalism still exists today for a great many citizens.

Our nation's founding was a demonstration that people can be left free as individuals to live their lives as they see fit, voluntarily coming together to achieve mutual goals.  A society based on these ideas, lacking in class envy, has led to a culture that has been remarkable throughout the world.

From the beginning, the settlers believed they were guided by a divine providence.  They believed that their exodus from Europe was much like the biblical exodus from Egypt to the Promised Land.  They wanted this new Promised Land to be exceptional for the entire human race -- a shining city on a hill.  Many of those coming to our shores seeking religious freedom, particularly in New England, believed they were participating in a wonderful destiny, a manifest destiny.

This is crazy, you say?  Certainly, our history has not been perfect.  Yes, we had slavery and atrocities regarding the native populations, but a greater vision endures and lives in the hearts of many Americans today.

The United States was founded not by copying other nations.  The Founding Fathers pursued a new and noble course, an example for all humanity.  They were familiar with the writings of John Locke and other Enlightenment thinkers, to the effect that Natural Law was God's Law and that the Creator has endowed every person with certain unalienable rights that cannot be amended, abridged, or repealed.  No one can take these rights away, because they come from God.

The Declaration of Independence repeatedly refers to a Creator.  The Founders understood that power flowed from the Creator to the people, and from the people would come the formation of a government.  If any of these three elements -- God, the people, and government -- were out of order, trouble would be sure to follow.

We are not a theocracy, however.  Our faith-based heritage does not take a direct part in government, but the Church must be regarded as the first of political institutions.  Its influence on society was, and is, indispensable to the maintenance of the republic.

To have independence, the Founders knew the people needed a measure of maturity and character closely akin to what is prescribed by the Golden Rule.  John Adams, for one, said we must be a virtuous people for self-government to succeed.  While the colonists had a thirst for independence, there remained a haunting sense among them that they might not be good enough to make it work.  Needless to say, they rose to the challenge.  Perhaps we should evaluate ourselves today by this same standard.

By drafting the U.S. Constitution and the Bill of Rights, the Framers had structured a government of checks and balances where individual rights would also be preserved.  They knew that virtue is not a permanent quality, and they understood human nature.  Virtue must be cultivated continually within the populace, and exercised day to day.  Without morality, they knew that the constitutional republic they had created could not be maintained.

While some of those founding traits may now be slipping away, many today will still acknowledge that our virtuous beginnings have allowed us to live in a nation unlike any other in history.  While many nations enjoy freedom today, many people throughout the world would be living hopelessly under tyranny if not for the example of liberty and self-governance set by the United States more than two centuries ago.

John Adams said he hoped they would build a foundation for freedom that would spread throughout the world, and that our destiny was to break down slavery all over the world.  This vision has endured and flourished.  We now are the successors who improve and perpetuate it.  It is this vision that is unique among the nations of the earth.  And it is why America remains exceptional.